When I first came to the south of France, I stepped off a train. I heard a voice saying ‘Nîmes, ici, Nîmes’. It took me six months to figure out she was saying, “We’re at Nîmes station”. When the doors opened, I was blown away by the heat that washed over me like a wall or an invisible winter coat. But how delighted I was!

The heat and the Mediterranean scents alternated in natural interplay, both gently vying for my attention. I loved both equally. Without having searched, I was home, accidentally you might say, pulled into an intense kind of destiny.

I took a small train to a little village 45 minutes away. The train sped through the evening sun with all doors open. I noticed how much I liked the sound of the moving train passing through the short tunnels. And I remember vividly how Sonny Rollins’ Colossus sounded even better like this, a remarkable feat.

Where I grew up, I played a lot of swing jazz as a pianist, so I had my Chicago style hat on. With that and my cigarettes, I must have been quite a sight for the locals; straight from a Marlboro ad, or Camel, I hadn’t yet figured out which.

How could I have known that evening that in just three months time, I’d be a student of Michel Cassez, former singer of ‘Les Compagnons de la chanson’, trying my best to keep up with his master classes while barely understanding the language?

I was just about to turn 20. “Je voudrais de l’eau“, I said. The man behind a desk had no idea what I was saying, so I repeated myself. Still, no sense of recognition.

Is there a better performer than Gilbert Bécaud? Is there anything more intense than his Je reviens te chercher? I leave that up to you.

I come from a place where we often have no clue what a singer is saying, and for the most part, we don’t really care. It’s the music that counts. And for me, as a composer, that makes sense, in a way. But that ain’t cutting it over here. “Les mots d’abord!” my vocal producer said to me while recording, adding, “and please, stop singing!”

It took me almost ten years to really get the meaning of that note. Iconic singers seem to perform, not sing. “A singer is, above all, an actor,” became a well-worn motto for me, something I picked up from a production I was in. And again, it’s completely different where I come from. Singers seem to sing, almost as if what they’re singing about is irrelevant. It’s all good, as long as they’re singing. Is that why French singers touch so many people around the world? Well, after more than 25 years of listening to them on a daily basis, I believe it does play a role. Not only do the greats craft beautiful melodies and the orchestration to go with it, they live their words, sometimes as though their life depends on it. For me, one of the most touching sentences comes from the song C’est en septembre: “Maîtres baigneurs et saisonniers, retournent à leurs vrais métiers.” Know why? I’ve seen French summers, and there’s nothing more beautiful than seeing the French countryside becoming French again after every August.

“I really like the overall sound,” I told the mastering engineer, “but don’t you think my voice is a bit loud?” After two seconds of silence, he answered with this all-encompassing sentence: “You are the first singer to ever ask for less vocals.”

I heard a smile on his face through the phone. I feel like he must have looked like a good teacher, or like a father saying something worthy about a life he himself lived long ago.

While cooking that evening, I realized that there’s nothing but voice on Aznavour’s For me formidable. Without knowing it yet, I’d already fallen completely in love with this culture.

I remember my teachers saying, “Tu nous emmènes un swing qui n’est pas d’ici.” It was all I could do to listen. It’s like judging your own accent when you’re speaking someone else’s language. Obviously, I was pleased, but for a long time, I had no clue what benefit or artistic direction I could find in that. For years, I lived out my two most intense motives, always running parallel to each other. And that was fine. I lived the swing and the joyful lightness of The President with Oscar Peterson, meanwhile writing French songs, as if it never occurred to me to blissfully combine the two. What can I say? Wine takes its time becoming wine.

It’s been more than 25 years since I first set foot on that Nîmes station platform. I feel like a Bordeaux that’s been absorbing experiences, scents and the secure, driving direction of French oak all these years, always taking enough time to rest.

The French Recording Sessions, my most recent album, is a snapshot of playing the music I feel most, playing the chords I grew up with and, above all, singing the things I live for in what is, to me, one of the most beautiful languages in the world.

Once you’ve pulled the cork from the bottle, you just have to go for it. So, in a way, these songs are just a beginning, because the pond is full of juicy fish. What a joy life is.

And is there a more delightful way to spend your life than to give someone the time to step off a train as you wish them a good day? 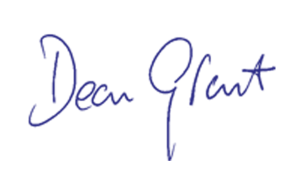